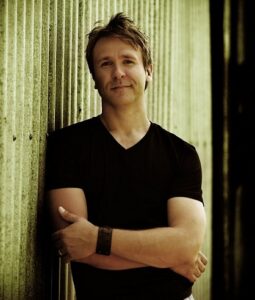 The title of Adam Toms’ new single and forthcoming album has little to do with monetary value and plenty to do with personal riches. When Toms sings about ‘being rich without the money’, he can definitely relate.

‘Rich Man’ was co-written by Drew McAlister and Tamara Stewart with backing vocals by Chris E Thomas and is the first time Toms has released a track from others’ pens. Single number two, from his sophomore album which will be available in early March was produced by the award-winning, Matt Fell.

The album will come packaged with a real-life documentary, ‘Are We There Yet – On The Road With Adam Toms’ DVD which tracks the highs and lows of nine months on the road with his wife and two young boys. The DVD also includes Toms’ six film clips to date.

‘Shine On Me’ which also features on the new album, has recently been released as a digital download with all profits going to ‘Aussie Helpers’ to assist Australians effected by the recent fires & floods. If you’d like to help out, download the track HERE.

and can be viewed HERE.

And is available for purchase on iTunes

For further information including an interview, please contact: KrisKat Publicity