The inaugural Peninsula Music Festival will take place on Sunday January 12th at the beautiful Morning Star Estate in Mt Eliza, just an hour from Melbourne.

A major project of the Lions Club of Mt Eliza, organised by a sub-committee of volunteers the proceeds raised by the event will benefit Peninsula Health.

The festival will kick off at 10am (with gates at 9am) and wind up just after 5pm. The musical line-up includes Ross Wilson And The Peaceniks, Raw Brit, Lachlan Bryan And The Wildes, Coral Lee And The Silver Scream, The Weeping Willows, Aleyce Simmonds, Little Willy And The Hopeless Romantics and Out Of The Blue.

Ross Wilson And The Peaceniks

Ross Wilson has been twice inducted into the ARIA Hall Of Fame and has a stellar career of more than 45 years in showbiz. Together with his band they will play hits from throughout his career and from their latest album “I Come In Peace”.

Lachlan Bryan And The Wildes

Lachlan Bryan along with Mat Duniam (drums), Shaun Ryan (bass) and Andy Wrigglesworth (guitar) aka The Wildes were recently announced as finalists in the 2014 Country Music Awards Of Australia in the Alternative Country Album Of The Year category for their album “Black Coffee”. When the album was released in October it hit #4 on the ARIA Australian Country Albums chart and #12 on the ARIA All-Australian Albums chart. 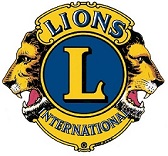 For further information including an interview with Lachlan Bryan, contact: