The self-penned ‘She’s Gone’ is the opening single from Liam Brew’s forthcoming album “Faster”. The follow-up to 2009’s debut album “Wild Heart” was produced by Rusty Crook and is set for release on Friday June 28th. Upon the album’s release, Liam joins fellow Toyota Star Maker alumni Travis Collins, Luke Austen and Luke Dickens for the ‘Turn The Page Tour’, performing in NSW and QLD – for full dates TURN THE PAGE TOUR

Of the upcoming release, Liam says, “It typifies who and what I am as an artist and for the first time features some of my own songs which I’m really excited about. I’m happy that I can now step aside and let the album do the talking. It’s a diverse bunch of songs but I think it’s a great description of the type of stuff I grew up on and the stuff I love playing as an artist, so I hope that shows in the record when people hear it”. 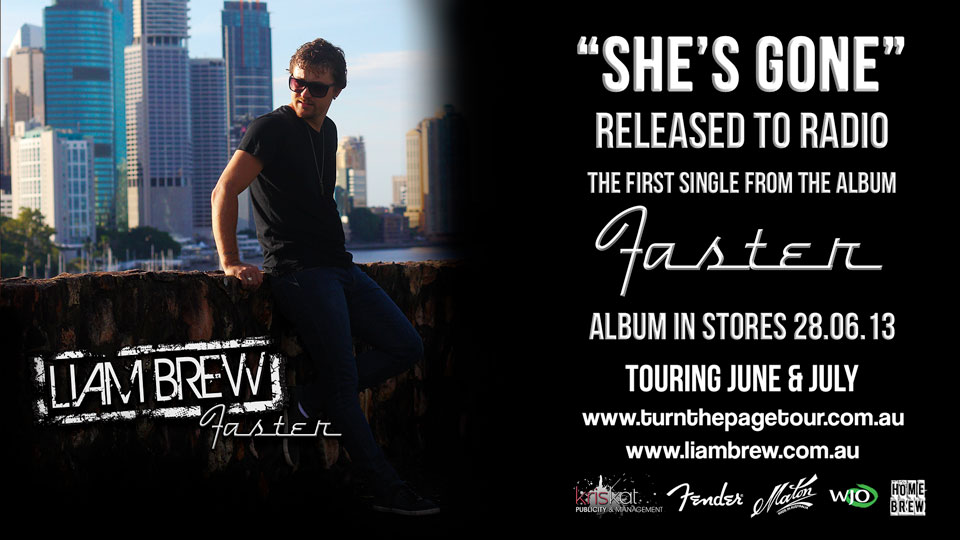