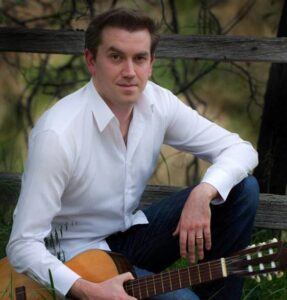 ‘His New Baby’, is the debut single from Melbourne based singer Michael Edwards. The track features Hamish Davidson on fiddle and dobro and was produced by Brendan Marolla, producer/musician who has also worked with Ron Sellars and Doug Bruce.

The track was written by Nashville hit-maker Blake Mevis (George Strait, Joe Nichols & Loretta Lynn) and his co-writers Tony Ramey and Lane Turner.  ‘His New Baby’ is the first single to be lifted from Michael’s self-titled EP to be released on July 17th.

Michael is a self-taught musician (drums and guitar) and has always been interested in music – particularly country music from an early age. ”Most of my childhood was spent pretending I was in the spotlight and the lead singer of a very famous country band,” says Michael who grew up listening and admiring Conway Twitty, Keith Whitley, George Strait and Elvis Presley.

To listen to the latest single, just click here:

Keep in touch with Michael here:

‘His New Baby’ will be available on iTunes this week