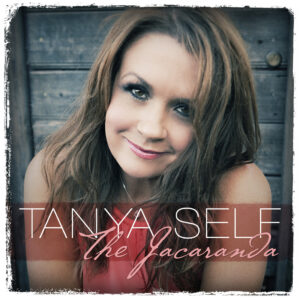 ‘The Jacaranda’ from Tanya Self is at radio now!

New radio single, ‘The Jacaranda’ signals the return of Brisbane-based artist Tanya Self. After a 10 year hiatus to raise her three children, this track is the first to be lifted from her new album “Random Truths” to be released on Friday May 2nd.

All 14 tracks on the new album were written or co-written by Tanya including ‘The Jacaranda’ – a catchy, uplifting narrative, this is a 21st century Aussie love story about family life enduring “flying in, flying out” for work in the mines.  Like our early pioneers, lots of men (mostly) have contract work in north and west QLD, the NT and WA – their return home can coincide with the stunning bloom of the Jacaranda tree.

A collection of all her early material, “The Singles” became available as a compilation on iTunes in 2013, including the Song for Legacy, ‘Fixin’ Things’ (2012) and featured ‘The Dumaresq’(1995), ‘He Just Knows’(1996 CMAA Best New Talent finalist track), ‘Every River’(2001), ‘Are You Man Enough?’(2002), ‘Never Easy’(2004) and ‘Drive Away’ (1997) – a duet with Adam Harvey which scored the duo two finalists spots in the 1998 CMAA Country Music Awards Of Australia – Video Track Of The Year and Vocal Collaboration Of The Year – they went on to win the latter category. Tanya’s first major accolade was being named the 1995 Star Maker before achieving eleven Top 10 country radio hits.

Born and bred in Queensland, Tanya has lived in Toowoomba, the mining town of Mt Morgan and then Maryborough before settling in Brisbane as an adult.  Married to Bundaberg-born husband, Andrew, Tanya has three children Chalyse, Hudson and Jacynta.

‘The Jacaranda’ is serviced to radio via:

(If you have any trouble accessing ‘The Jacaranda’ please email: kris@kriskatpublicity.com.au)

“Random Truths” will be released on Friday May 2nd at Urban Country, followed by a performance at the festival Sunday May 4th.

For further information including an interview with Tanya, please contact: